On July 13, 2014, authorities discovered the body of 18-year-old Conrad Roy III in his pickup truck, parked outside a Kmart in Fairhaven, Massachussetts.The honor roll student, who struggled with social anxiety and depression, had killed himself by attaching a hose from a portable generator and filling his car’s cab with carbon monoxide.

In the weeks leading up to his suicide, Roy exchanged several texts with his 17-year-old long-distance girlfriend, Michelle Carter, who encouraged him to end his life. “You keep pushing it off and say you’ll do it but u never do. It’s always gonna be that way if u don’t take action,” she reportedly texted him on the day he died.

Judge Bettina Borders pointed to evidence that shows Carter was on the phone with Roy for 45 minutes while he was in his vehicle inhaling the carbon monoxide that would kill him and failed to call the police.

Judge Borders also cited text messages that reveal that Carter, 17 at the time, told Roy to get back in the truck when his suicide plan began to work and he became afraid.

“The Grand Jury could find probable cause that her failure to act within the 45 minutes, as well as her instruction to the victim to get back into the truck after he got out of the truck, caused the victim’s death,” the judge said in her ruling to deny the defense motion to dismiss the charges.

HBO documentary, i love you, Now Die: The Commonwealth V. Michelle Carter, took an in-depth look at the now-infamous case, which raised national questions about mental health—and whether one teen can be held responsible for the suicide of another. It featured interviews with Roy’s family, Carter’s lawyer, key witnesses, and journalists who covered the story and ensuing trial.

Carter was convicted of involuntary manslaughter in 2017. She was released early from prison, after serving only 11 months of her 15-month sentence at the Women’s Center at the Bristol County House of Corrections.

Carter, now 23, began serving a 15-month sentence in February, but she earned time off her sentence for good behavior, according to Jonathan Darling, spokesman at the Bristol County Sheriff’s Office.”Ms. Carter has been a model inmate here at the Bristol County House of Corrections. She has participated in a variety of programs, held a job inside the jail, has been polite to our staff and volunteers, has gotten along with the other inmates, and we’ve had no discipline issues with her whatsoever,” Darling said. 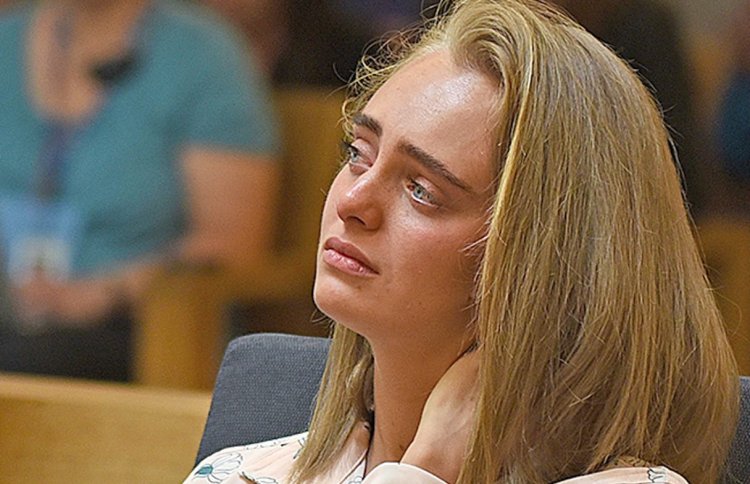 The case drew widespread attention for its focus on teenage suicide, digital romance, and the legal gray area of whether someone can be convicted for another person’s suicide.

Keep strong in tough times. You taught me how to be strong and carry on. This life has been too challenging and troublesome to me but I’ll forever be in your heart and we will meet up someday in Heaven. Put your best foot forward and your chin held up high. Our songs. Listen to them and remember me. Take anything from my room at my moms/dads to remind you of me. You’ll get there, I’m sorry about everything. I am messed up I guess. I wish I could express my gratitude but I feel brain dead. I love you and greatly appreciate ur effort and kindness towards me. Keep your heart beating, and keep pushing forward. Go on YouTube type in Rocky Balboa quote, and let the light guide you.